Sustainable Forest Management in North-East Asia: A Comparative Assessment between China and Republic of Korea

Sustainable Forest Management in North-East Asia: A Comparative Assessment between China and Republic of Korea

The extent of the forest resource in the Northeast Asian region is vast. Characterized by temperate and boreal forests and covering about 28% of the world’s forested area, the importance of the region’s forest resource in terms of its contribution to the global carbon cycle and maintenance of biological diversity cannot be overstated. In recent years, land use and land cover, particularly forest cover, in the region has changed significantly. Driven by wars, population growth and economic development, forests have on one hand been on the decline, but on the other hand were restored and rehabilitated at a pace and scale unimaginable in other parts of the world. Republic of Korea (South Korea) and China, both countries with vast amount of forests, serve typical case of progressive forest cover decline during socio-political transition followed by restoration and rehabilitation during period of stable reform. Nationwide forest restoration and rehabilitation projects was implemented in both China and Korea during 1970s and 1980s in order to restore degraded forests and further provide invaluable forest-related goods and services. In recent times, both countries have experienced a pronounced increase in forest area and density. However, the pace and the current directions are very different for both countries. While Korea has already achieved absolute reversal of deforestation and has begun to focus on enhancing ecosystem and economic benefits from forests, China, in part due to its vast and diverse forest landscape, is still struggling with preventing forest cover loss and meeting socio-economic needs of rural forest dependent people through series of tenure reform processes. The forest governance in both countries are also starkly different, that has shaped both pace and direction of sustainable forest management. In this context, this paper uses an analysis of literature from secondary sources to compare and contrast the past and present achievements in both countries, in order to find pragmatic solutions towards sustainable forest management and rehabilitation that would prove useful in pragmatic policy and decision making in developing countries across the Asia-Pacific region. 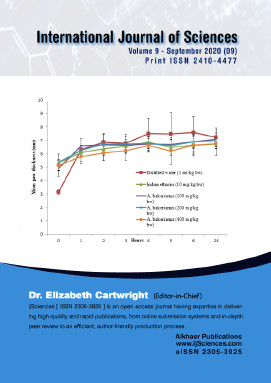