The hydrological system of a country significantly influences the ecological, agricultural and consequently the economic structure. Since, the accessibility of water resources has governed the power generation sector and agronomic establishments of the region like Pakistan. Moreover, Pakistan is sensitive in climatic variation and faces gradually higher threats regarding rainfall variability, floods and prolonged droughts. Sometimes, these climate change impact embedded with the high frequency and strength of extreme events caused by global warming. These extreme situations occur mostly in the hydrological phase that occurs because of the unexpected variations in temperature and rainfall. UN-ICC report pronounces that Pakistan is in top four unsafe countries that are undesirably affected by climate variability. The water stress Index established by Mallin Falkenmark conferred that Pakistan is in the list of countries that can face serious scarcity of water as its population is continuously increasing and water resources are shrinking. A perfect assessment of upcoming water resources under fluctuating climatic situations is significant for water resource availability and management. This study analyses the impact of hydroclimatic and stochastic conditions of river flow prediction and forecast of Jhelum River flow at Mangla station (second major reservoir of Pakistan, serve about 6 million hectares of cultivated area and generating 6% (about 1000MW) of the country’s electrical power generation). Forecasting of river flow is helpful in understanding the prevailing situation of climate variations. The preliminary analysis of 34 years monthly data (Jan. 1976 to December 2010) of river flow, temperature and precipitation indicates that the precipitation of the seasonal and monsoon rainfall (June to September) is dominant on the yearly cycle. During these months the temperature rise is at its year maximums, so, the melting of snow/glaciers contributes a large amount of water in the natural river flow. The autocorrelation function (ACF) shows a strong seasonal variation of river flow, correlation analysis shows that the strong contribution of monsoon and orographic regular runoff is significant. To include the embedded periodic variation of the river flow, seasonal autoregressive moving average (SARIMA) will be used to predict and forecast the river flow. Additionally, the stepwise linear regression is applied to analysis the regular flow along with climatic variations by multiple linear regression show good results and will be helpful in forecasting of the river flow on monthly and annual basis. However, the reduce prediction and forecast accuracy shows that the inconsistence stochastic and hydroclimatic influenced river flows variation from the last 20 years, may be caused by Global and local impact. The results of this study are hoped to contribute considerably in current and future hydrological researches and studies, particularly in the Jhelum River flow at Mangla station of Pakistan. 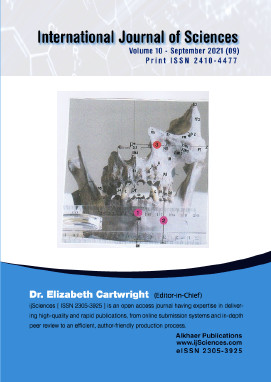