Breast cancer is the second most common cancer in the world. It is also the commonest cancer affecting women with also highest cancer related death rate. However due to the poor cancer registry in developing countries the exact magnitude of the problem is not known. In Ethiopia breast cancer is the second most common cancer next to cervical cancer. The fact that Sub-Saharan African has peculiar epidemiological trends of breast cancer has drawn the attention of many to the region. These peculiar features include relatively younger age of affected women, high mortality rates and triple-negativity of the cancer. Additionally, a poor association with life time estrogen exposure has been observed. Despite the generally observed great burden of breast cancer, Ethiopia is one of the countries where the clinical and pathological characteristics of the cancer are not well researched. This study tries to fill this information gap by studying the situation observed in JUSH, which is the highest referral center available for Southwestern part of the country. The general objective of this study was to retrospectively determine demographic characteristics of patients, risk factors, clinical presentation and pathological description of the breast cancers, the modes of treatment given for breast cancer among cases operated at JUSH from September 11, 2010 to September 10, 2014 GC. The study was conducted in JUSH from August 6-14, 2015 GC and cross-sectional study design was used. The study population was those patients with diagnosis of breast cancer who are electively operated at JUSH from September 11, 2010 to September 10, 2014 GC according to the operation log book in the operating theatre. Data was collected from patients’ charts on a structured questionnaire that was filled by the principal investigator. Collected data was cleared, checked and stored. Data analysis was done on computer with the help of SPSS 16.0 program. Through-out the study confidentiality of information was respected. Letters of ethical clearance were obtained from the CBE office of JU before the start of the study. The result of study showed a number of peculiar features which included higher rate of male breast cancer (10.4%), younger than 50 years distribution of majority of female patients (68%), the presence of protective gynecologic & reproductive factors to breast cancer in the majority of the affected women, and late presentation of patients. Majority of patients were having advanced breast cancer (Stage III & IV disease in 76.8%) and high percentage of nodal involvement (90.7%). Despite these findings detailed pathological characterization of the tumor has not been effected and information on receptor positivity status of the cancers is lacking. Additionally, the percentage of patients who pursued adjuvant therapy after surgical management was found to be very low (14.7%). In conclusion, the epidemiological trend of breast cancer patients seen at JUSH within the mentioned four years’ time period was found to have major epidemiological deviations from trends that were seen in the world. The unfortunate late presentation of patients is also manifested by advanced stages of disease at diagnosis that theoretically is beyond curability. Prospective studies focusing on the epidemiology of breast cancer and further characterization of tumor biology & genetics should be performed in the future. Moreover, clinicians, public health workers and policy makers should work on increasing the awareness towards breast cancer, introduction of breast self-examination techniques and launching of effective breast cancer screening programs. 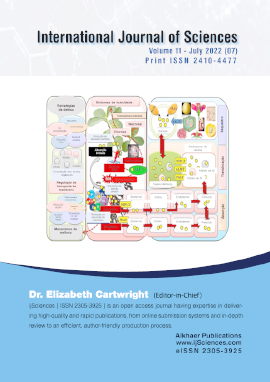