Technological Shift and Consequences for Pottery Practices in South-Western Nigeria

Technological Shift and Consequences for Pottery Practices in South-Western Nigeria

Art and crafts including pottery from early times have played significant roles that are characterized by striking clarity, distinctness or truth to life. Nigerian traditional pottery has flourished as a viable occupation, especially among Nigerian women. Pottery were produced to satisfy domestic, ceremonial, religious and ritual purposes as evidenced in Nok, Gwari, Osun, Ekiti and Akoko Edo areas. It is observed that the traditional pottery industry suffered a major setback due to technological advancement and styles of production. The industry is now on the verge of decline in many places due to competition from mass-produced goods, of metal, plastic or glass serving the same purposes as pottery. Regardless of this, there has not been any significant scholarly research in technology advancement and implication for pottery. The aim of the study is an analysis of technological advancement and implication for pottery in South-Western Nigeria. Six States, namely Ondo, Ekiti, Lagos, Ogun, Oyo and Osun States were focused on. The methodology of the study was tailored to suit the diverse fields that are involved in pottery. The research population of this study was classified in three categories: Traditional potters in the study areas which consists of all potters in the trade, Pottery Enterprises and Tertiary Institutions offering ceramics courses in the study areas. Purposive sampling technique was used because of its suitability in terms of coverage and scope of the research population. Digital camera was used to record photographs of pottery wares and oral interviews were conducted. The techniques, theme, materials and functions were analyzed, collated and examined. Findings showed that two techniques of pot production were identified, the direct and in-direct methods. The challenge of technological advancement makes pottery profession struggle to keep pace with the changing trends in development. Technology introduced many convenient technique of production such as casting for mass production which was not found in traditional pottery. It is recommended that pottery centres be provided as platform for training and practicing. Galleries should also be built for the display of pottery wares and also enhance market outlet. The findings will ensure a wider participation of potters and continual existence of craft. Findings will also encourage the Government as well as public organization to patronize traditional pottery by using them for beautification of public places and souvenir for guest and also make loans accessible to practitioners for the procurement of modern equipment. 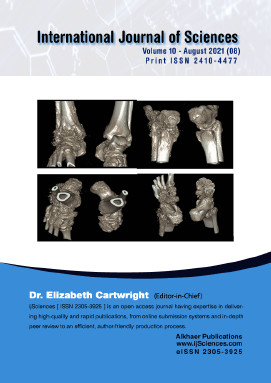