Roe deer, the only species among the twelve wild artiodactyls in Mongolia that is considered to have large population density and vast area of habitat, live in a herd throughout the year. Roe deer play important role for forest biodiversity. Balanced population density of roe deer affects sufficient regeneration and diversity of flora and fauna in forest. Living area of roe deer is getting disrupted by uncontrolled mining and overgrazing. In this case some small population of roe deer might be endangered. Therefore, if phylogenetic analysis among roe deer populations inhabiting Mongolia is carried out, propagation of the small and endangered roe deer population can be promoted. We have amplified and sequenced 1220 nucleotides of the mitochondrial DNA D-loop region in 12 Siberian (Capreolus pygargus) roe deer from 5 localities in Mongolia. The sequences were aligned with 51 published sequences of roe deer mtDNA D-loop region from GenBank by using the CLUSTAL W version 2.1. software. Phylogenetic reconstructions were performed by Maximum likelihood. Calculations and Maximum likelihood and Neighbor-Joining trees construction were conducted using the MEGA 5.1 software based on Kimura â€“ 2 â€“ parameter model considering transitions, transversions, and irrespective of the nucleotide position. Stability of the clustering order was assessed using bootstrap (100 permutations). The alignment showed 20 polymorphic sites including 13 transitions and 7 transversions, defined 12 haplotypes within our samples. The mean nucleotide divergence of roe deer haplogroups was 2.8% between Mongolian and Russian, 3.5% between Mongolian and Korean, 3.5% between Mongolian and Kyrgystani and 2.4% between Mongolian and Chinese roe deer. Phylogenetic tree showed every cluster has haplotypes representing roe deer in Mongolia, which could mean that Mongolia might be the center of migration for Siberian roe deer. 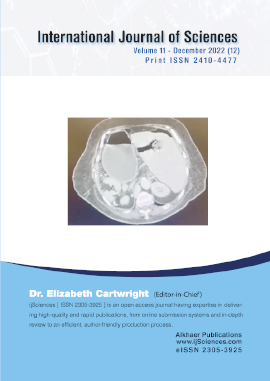