When Occurring Conditions for the Emergence of Life and a Constant Growth, Rotation and its Effects, Cyclones, Light and Redshift in Images

When Occurring Conditions for the Emergence of Life and a Constant Growth, Rotation and its Effects, Cyclones, Light and Redshift in Images

In this article, it is discussed about the conditions, needed on an object to support the appearance of life. The evidence are presented to support the idea that, due to the constant growth of the objects and the rotation around their axes, such conditions are attainable even to the orbiting objects outside the Goldilocks zone, no matter how far their orbits may be. The same goes for the conditions to support the appearance of life on the independent objects. At all distances there are objects with more or less expressed high temperature, i.e., with the increased radiation emission. Before they become stars (i.e., completely melted objects), objects have a thinner or thicker crust with very active geological processes that create complex elements and compounds, which are the key factors that, during a longer period of time, lead to the appearance of life. The appearance of life is not related to zones, but to the relatively short period of an object's transition from an object with a melted interiority into the object that is completely melted and not suitable for life to appear. Except the processes of growth and rotation, all parts of the system are also discussed, in terms of the places and ways in which matter is presented, as it dictates the pace of the objects' growth and the conditions on an object, when hydrogen, H2, and helium, He, stop migrating towards the central or another larger object. Second part of the article is about a constant growth of objects and systems in the Universe, based on: the forces of matter attraction (gravity), rotation and its speed with their effects, too, the creation of whirls and cyclones as a result of the rotation of objects, systems and the Universe. The creation of light is related to the effects and force of waves (radiation) in their collision with visible matter. It is proven here that a redshift is directly related to the weakening intensity of waves to the distant objects. Instead of being over-intellectual, this text, as a form of evidence, also introduces images, created by the direct observation (NASA, ESA, etc.) or based on the observations of the other astronomers and their published findings. 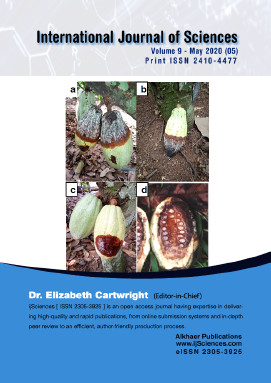 Check Article Status Offering 24 hour Publication Publishing period is upto 15 days after APC are paid ijSciences is Member of Crossref Assigning DOI to each new article Add colorful images, drawings, tables as much as you like without any extra cost Free Delivery of Print Issue World-wide Impact Factor (2019): 2.35 Check DOIs of your References